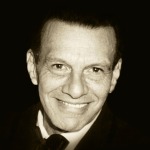 President-Founder of the International Gnostic Movement. He is the ‘restorer’ in our time of the Gnosis of the past, the present and of all time. In this respect, we must say that Samael Aun Weor continues the work started by the enlightened minds of Higher Knowledge, by those who, since time immemorial, crystallized the divine Gnosis or Eternal Wisdom in themselves and worked for the Awakening of Consciousness in human beings.

During more than thirty years he worked tirelessly, leaving an extensive legacy of psychological, philosophical, anthropological and scientific works of an incalculable value for humanity. The works written by this true Adept exceed fifty Gnostic books, to which can be added hundreds of lectures, manifestos, recorded talks with his disciples, and so forth.

The wisdom contained in his books is not derived from the usual methods of scholarly and historical research, neither are they based on theory or intellectual speculation. Samael Aun Weor acquired his knowledge from the metaphysical dimensions of reality, which are hidden to most people — but they are visible to those who choose to develop latent faculties of inner perception.

His writings include topics on the following subjects: Gnostic Philosophy, Psychology, Anthropology, Occult Science and Medicine, Esoteric Christianity and Esoteric Buddhism, Mythology, Sexology, Alchemy, Kabbalah, Magic, Hermetic Astrology, Aztec and Mayan cultures, initiatory preparation and training, educational and social issues, the past and future periods of humanity and an unveiling of the world’s profound, esoteric teachings. For this reason he is called the ‘Master of the Synthesis’, on account of his ability to formulate a practical and comprehensive body of esoteric teachings for the humanity of the 20th and 21st centuries.

Samael Aun Weor left his physical body on 24th December 1977, in the city of Mexico. His wife, V. M. Litelantes, received the transmission from him to succeed him in leading the Gnostic Institutions — a task which she carried out admirably up to her passing on 5th February 1998. Shortly before her departure, M. Litelantes passed the transmission for leading and preserving the Gnostic Teachings on to her son, Mr Osiris Gómez Garro, who led the Institution up until his passing on 20th February 2015, leaving his wife, Inmaculada Ugartemendía de Gómez, as the World Director of the Gnostic Institutions.

At present, the work of Samael Aun Weor has thousands of students and sympathizers all over the world. The Gnosticism propounded by Samael Aun Weor is that of the Revolution of Consciousness, which can lead us to the Inner Self-Realization of the Being, through three absolutely defined Factors, which are: To Die, To Be Born and To Sacrifice Oneself for Humanity.